Nationwide Alert on Dangers of Fentanyl 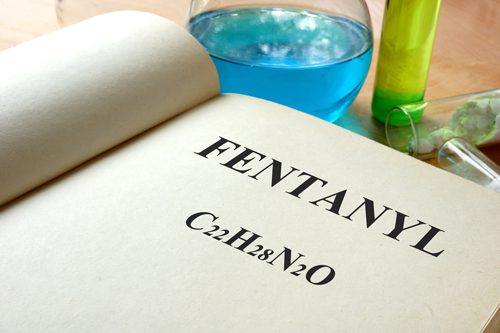 In March of 2015, the DEA issued a nationwide alert on fentanyl as a threat to health and public safety.

Fentanyl is a prescription painkiller whose potency is unmatched. The pharmaceutical drug is reserved for use in a medical setting for patients who are unable to achieve relief with other high-powered drugs such as hydromorphone and morphine. In the last several years, fentanyl and fentanyl compounds have begun hitting the streets, usually mixed in with heroin or as counterfeit hydrocodone or oxycodone pills.

The nationwide alert on dangers of fentanyl is for both the public and for law enforcement officers. Heroin users are apt to overdose if they buy heroin that has been cut with fentanyl. Dealers use the drug to increase the potency of the heroin they are selling. Users have no way of knowing whether the drugs they have acquired are laced with fentanyl or not. The extreme potency of fentanyl cannot be stressed enough. According to the DEA, it can be up to 50 times more potent than heroin. Even a miniscule amount can cause overdose and even death. Law enforcement agents are at risk when they are exposed to fentanyl and its analogues. The powder form can easily be inhaled, and the tiniest amount can kill. Likewise, the drug can be absorbed through the skin, so officers are warned about limiting any kind of contact with potential substances.

In the DEA’s nationwide alert on dangers of fentanyl, they state that, “During the last two years, the distribution of clandestinely manufactured fentanyl has been linked to an unprecedented outbreak of thousands of overdoses and deaths.” (DEA Warning to Police and Public: Fentanyl Exposure Kills). The first round of fentanyl related overdoses and deaths occurred between 2005 and 2007, when over 1,000 U.S. deaths were attributed to fentanyl. All of these deaths were more or less contained to one area of the nation, and the problem was significantly reduced when the producing Mexican lab was shut down. The latest outbreak is widespread and involves not only fentanyl, but several compounds that include fentanyl. The drug is being manufactured extensively, and the streets are being flooded with mixed product.

Users of heroin and individuals who purchase painkillers on the street are at an extremely high risk of coming into contact with fentanyl. This encounter can easily prove to be fatal. If you or someone you love is addicted to heroin or opiate painkillers, please consider seeking help today. The dangers of fentanyl are all around us, but resources are available to everyone, and recovery is possible.

Contact us today if you or your loved one would like to know more about the dangers of fentanyl. We can start you on the road to recovery.