Is There an Addictive Personality? 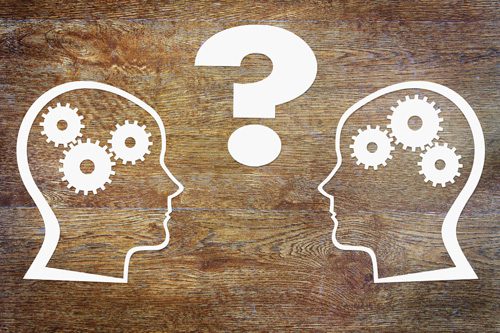 Have you ever heard the expression “addictive personality?”

It’s an informal phrase used to explain why someone turned to drugs, alcohol, or a certain behavior. It implies that some people, due to the personality traits they were born with, are more or less destined to become addicts.

It seems as though the words “addict” and “addiction” are used often in general conversation. People refer to themselves as being “chocoholics” or “caffeine addicts.” We “binge” watch our favorite television series on Netflix or describe a new show as being “addictive.” If someone is a “workaholic,” it implies that they are very dedicated to their job (a positive trait), but have carried it to the extreme.

At one time, it was thought that addiction was a type of character or antisocial personality disorder. People with substance abuse issues were weak, selfish, or had a defective personality of some type. Otherwise, they would have been strong enough to overcome their desire for alcohol or drugs.

Further research has shown that the idea of a single addictive personality is a myth. There aren’t any character traits that are shared by all people living with substance abuse. They fit the full spectrum of human personalities; the vast majority of those who abuse drugs or alcohol don’t fit the stereotypical addict who is lying, manipulative, and antisocial.

Addiction Defined as a Brain Disorder

Addiction is now defined by experts as a chronic brain disorder. It is not considered to be simply a behavior problem that involves a person’s drug of choice or a certain act. The American Society of Addiction Medicine (ASAM) defines it as follows:

“At its core, addiction isn’t just a social problem or a moral problem or a criminal problem. It’s a brain problem whose behaviors manifest in all these other areas. Many behaviors driven by addiction are real problems and sometimes criminal acts. But the disease is about brains, not drugs. It’s about underlying neurology, not outward actions.”

This definition also describes addiction as a primary disease. This means it is not linked to other causes, such as emotional or psychiatric problems.

The ASAM definition of addiction as a brain disease also lends credence to the argument that there is no addictive personality. If addiction is about a person’s brain and changes in brain chemistry, someone’s personality is not a factor in the disease.

When an addiction has taken hold, it changes the reward circuitry in the brain. Memories of previous experiences with alcohol, drugs or other pleasurable experiences trigger cravings. The person then wants to repeat the experience in order to satisfy the craving and get the reward from his or her brain chemicals.

At the same time, brain circuitry governing judgment and impulse control also changes in the brains of those with substance abuse issues. They pursue these rewards in spite of negative consequences, which is one of the hallmarks of addiction.

By this point, a person’s perceptions, thoughts and feelings have become distorted by the changes in their brain chemistry. They are no longer behaving in a way that is logical or understandable to those around them. Pursuing and satisfying their addiction is not a choice; it has been taken squarely out of their hands. The behaviors are a symptom of the disease, but are not the disease itself.

Is There an Addictive Personality?

There isn’t a specific addictive personality, any more than there is a diabetic or a cancer personality. There are multiple reasons why someone might start using drugs or alcohol, and not everyone who does becomes addicted.

If we can learn to become more precise in our language and describe activities as “highly enjoyable” rather than “addictive,” it might help to improve our understanding of the chronic disease of addiction. It’s difficult to equate addiction with enjoying sweets, sports and television shows on one hand and then take it seriously as the potentially life-threatening disease that it is on the other. People who struggle with substance abuse deserve to have their disease taken seriously and to get professional treatment, no matter what the underlying cause.